skip to main | skip to sidebar

We are back in New Zealand. We returned early because the heat wave that gripped Southern Europe was too much for us. 47 degrees was too much to bear, even when we could jump from the side of the boat into the sea. We looked at each other one day and said: “Is this really enjoyable?”
We decided it wasn’t and booked our flights home.

We had a good time in Greece and the boat performed well after overcoming teething problems that resulted from being on the hard for two years. While out of the water, I had fitted a Side Power SP155 Bow Thruster. The objective was to overcome problems Antares II has when maneuvering stern to into harbours and marinas to berth ‘Mediterranean’ style. Unfortunately, the Side Power thruster turned out to be the worst piece of equipment on the yacht.

Background to the problems
The SP155 Bow Thruster was installed in Antares II in Turkey in September, 2006. It was installed by a reputable boat builder/electrician. The installation was in accordance with instructions in the manual provided with the thruster. Throughout the installation process, the installers were skeptical about the ability of the electronic box to convert 12 volt power to 24 volt. They believed it would not work and that two 12 volt batteries should be installed next to the thruster motor at the bow.

I insisted that installation should be undertaken as per the manual and, despite the installer’s unease, this was done. An extra new 200 amp hour deep cycle gel battery was bought and installed as per the manual. The battery was chosen to be compatible with other batteries already on the yacht.

At the completion of installation, the thruster was tested for a split second to confirm it worked.

The boat remained on the hardstand at Marmaris over winter and was launched in May, 2007.

When launched, it was apparent the thruster did not work satisfactorily. It would run for only a second or two before cutting out.

The installers were summoned. They reiterated that the electronic box that converted 12 volt to 24 volt was inadequate and that two batteries should be installed in the bow.

I decided to wait until the boat arrived in Greece where an authorized Sleipner Motor AS (manufacturers of Side Power) agent could address the problem.

Greece Agents
In Greece, I contacted the agents, Amaltheia Marine. I dealt with a man called Stavros who referred me to the Side Power technician Mr Alexandros Tsirigacis at Corfu. Stavros made the introduction by telephone to Mr Tsirigacis who came to the boat and removed the Side Power motor for testing at his workshop. As a result of those tests, he replaced a relay inside the bow thruster. This did not make it work. He then replaced the solenoid which gives the order for turning right or left. This also did not make any difference.

Installation, batteries and cabling were inspected and tested on the first visit. Mr. Tsirigacis said all were adequate and were not causing the problems. This was confirmed twice by Stavros in subsequent telephone conversations whilst tradesmen were on the yacht.
.
Mr Tsirigacis removed the electronic panel (isolator) in order to stabilize the power. This did not improve performance.

An electronics specialist was brought to the boat. After several hours of testing components, he pronounced the new battery (installed nine months previously specifically for the bow thruster) was unsuitable and low in power. He installed an inverter that converts 12 volt to 24 volt. The thruster now operates until power drains from the battery, which is only briefly. The thruster continues to perform the functions for which it was installed.

Batteries
Although Side Power’s representatives continually gave assurances about the state of the batteries over the eight days they tried to solve the problem, the conclusion by them was that the SP 155 will not run on gel batteries and that the whole battery system will have to be replaced with asbestos batteries. If this is not done, the problem will persist.

After completion of the work (eight days later) Stavros told me three other boats from Turkey had experienced this problem with gel batteries being “destroyed” by the bow thruster by the time they had reached Greece. He agreed that the SP155 manual does not warn against using the thruster with gel batteries. It is of concern that at no stage while the investigative work was carried out by Mr Tsirigacis, was this issue of gel batteries raised. Had this been done upfront, many days of work (and expense) would have been avoided.

Had I been made aware about the incompatibility of Side Power and gel batteries prior to purchase, I would not have installed an SP 155. It is ridiculous that I am now looking at replacing my battery bank to make them perform the way they should.

Sleipner’s Silence
Via the agent we had bought the Side Power Thruster from in Australia, we wrote to Sleipner Motor AS, the manufacturers, in mid-July and raised the following issues:

why, if the problem is as widespread as Stavros says, Sleipner has not warned purchasers about shortcomings of the SP155 with gel batteries;
since there had been three similar experiences, why didn’t Stavros and the technicians immediately identify this problem when they knew Antares II has gel batteries;
how can any boat owner have confidence in Sleipner Motor AS products when this vital information is kept from them?
because the manufacturers and their agents have not acted professionally in this transaction, I requested that:
(a) reimbursement be made for the considerable costs incurred
(b) Sleipner’s resolve the long term issue of batteries and installation to ensure satisfactory performance of the bow thruster, at their cost
(c) the current warranty for the equipment of two years be extended for an additional year whilst these issues are being resolved.

To date, a month later, I haven’t had the courtesy of a reply from Sleipner Motor AS. They apparently don’t care about their reputation, customer service, or the safety problems their substandard equipment can cause to customers and other boat owners.

Cracked Fly Wheel
I should have been alerted to the sub-standard nature of the equipment and the company’s contemptuous attitude to its customers earlier. During installation, it was discovered that the flywheel was cracked. I returned it to the sales agent and requested a replacement, fearing the damaged one could blow apart during operation.

When the replacement arrived it too was cracked in exactly the same place. I suggested the agent had returned the original one to me. He assured me the original was on his desk. When he inspected other fly wheels inside six other Side Power Thrusters he found they too had cracks.

I was eventually supplied with an undamaged flywheel. However, I never received any communication from Sleipner Motor AS about the problem. I am unaware whether they instituted a product recall or alerted other Side Power owners about the cracks in flywheels. Judging by the lack of customer service with me to date, I doubt whether they did.
This issue of the malfunctioning bow thruster together with the cracked flywheel which was included in the initial pack has left me with grave concerns about the equipment’s durability and reliability.
Posted by Harvey at 5:51 AM

Hello. This post is likeable, and your blog is very interesting, congratulations :-). I will add in my blogroll =). If possible gives a last there on my blog, it is about the Impressora e Multifuncional, I hope you enjoy. The address is http://impressora-multifuncional.blogspot.com. A hug. 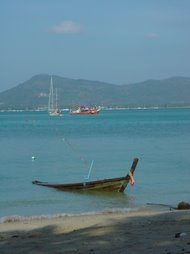